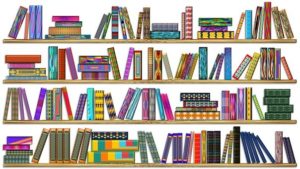 At the turn of the century there were lists of the 100 best books written in the last 100 years found in many different publications. My oldest daughter and I decided we would take one list and read all of the books on that list in the next year.

Turns out it was far too ambitious a goal. I think it took us two years – or maybe more. I read every book on our list with the exception of Finnegan’s Wake – I just couldn’t make it through the obscure language. I had to settle for the Cliffs Notes.

There is undoubtedly disagreement whether those 100 are really the best written in the 20th century, but I have never regretted reading those books.

Ulysses by James Joyce was one that I never would have picked up had it not been on the list.

I started it then stopped and picked up another book on the list. I went back to it, and stopped again for a different book on the list. Soon I was nearing the end of the list, and it was put up or shut up. I purchased an audio of the book, and listened to it in my car morning and night on my way to and from work. At the time my commute was more than an hour, and that helped with continuity.

After one round of CD’s completing the audio version, I was able to pick up the book and read it cover to cover. Of course it was like reading it a second time, and I appreciated things not noticed on the first go. I listened to the CD’s again, and after all the books on the list were read, including only the Cliffs Notes on Finnegan’s Wake, I picked it up again and read it for what was like to me the fourth reading. 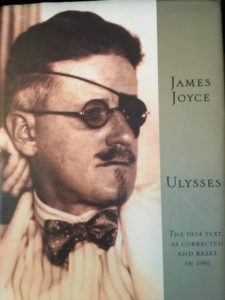 They say the sign of a classic in literature is a book you can read more than once, and get something different out of it each time.

Once the book got under my skin, I could never let it go. I always think I may read it one more time. I ask myself, “Why?”

I think, for me, it is mainly the character development. The three main characters, Stephen Dedalus, Leopold Bloom, and his wife Molly seem like old acquaintances.

Joyce gives us a window in which to view one day in Dublin with them, and it is extraordinary. None of the three are without faults; they could each use a good psychologist.

Molly Bloom’s affair with Blazes Boylan, and her explicit descriptions of bodily functions reveals to the reader a unique perspective on her character. She has confidence in her womanhood, and satisfaction in her voluptuousness.

Leopold Bloom is basically a good person although a little strange with some faults scattered throughout. I guess that’s just human. He does many good things in the story, attending a funeral, helping the widow, helping a blind man, and so forth. But then there is the voyarhism, and resultant masterbation on the beach. Nobody’s perfect.

Poor Stephen seems like a stuck up little brat at first, but his life and psychological well being was affected by watching his mother die. The poor man never got over it.

Stephen’s friend Buck Mulligan is a lesser character and sort of a villain in my estimation, but has a likable personality. After making fun of Stephen’s Greek name (Dedalus) as being absurd, he makes fun of his own name – Malachi Mulligan, two dactyls! I admit that on my first reading I had to look up what a dactyl was, but I have never forgotten.

The connection between Ulysses by Joyce and Odysseus by Homer is evident in places and obscure in others. It is my opinion that James Joyce purposely clouds his writing making it a challenge to assign definite meaning to much of what he writes. That’s part of what makes it different each time you read it.

There must be significant numbers of academics who have an interest in Ulysses as there are tours available in Dublin to each place on the route for that one special day. I didn’t have time to do the tour when I was in Dublin, but I did see one of the Martello towers. The simple act of viewing an actual Martello changed the view I previously had in my mind of the opening scenes in the book. I can picture Buck Mulligan standing on the gun rest on top of the tower with his bowl of lather, and the sea breeze blowing his nightshirt.

What do I think that I gained by reading Ulysses by James Joyce – cover to cover?

The development of the characters in the story is extraordinary. It has been said that the character of Leopold Bloom is the most developed character in the history of literature.

One day, 16 June, 1904, in the life of Leopold Bloom, Molly Bloom, and Stephen Dedalus, is a story told in a very different narrative style as well.

Then there are the unimaginable thoughts such as those by Molly Bloom. She thinks about menstration, and she describes breaking wind. “Wherever you be let your wind go free.” What was the point of adding that to a story? She has thoughts about her pending assignation with Blazes Boylan, and more thoughts after the adultery.

Having said that, if you haven’t read Ulysses I think you should. It’s a challenge as a read, but as a writer it demonstrates character development extraordinaire. The stream of consciousness narrative is intriguing.

Using the technique can reinforce a story and strengthen a character.

My simplified attempt at this is from the mind of my beagle in Road Trip With Remington Beagle: Michigan to Alaska and Back.

Try using the Joyce method, and see where your characters take you. Can they break wind?